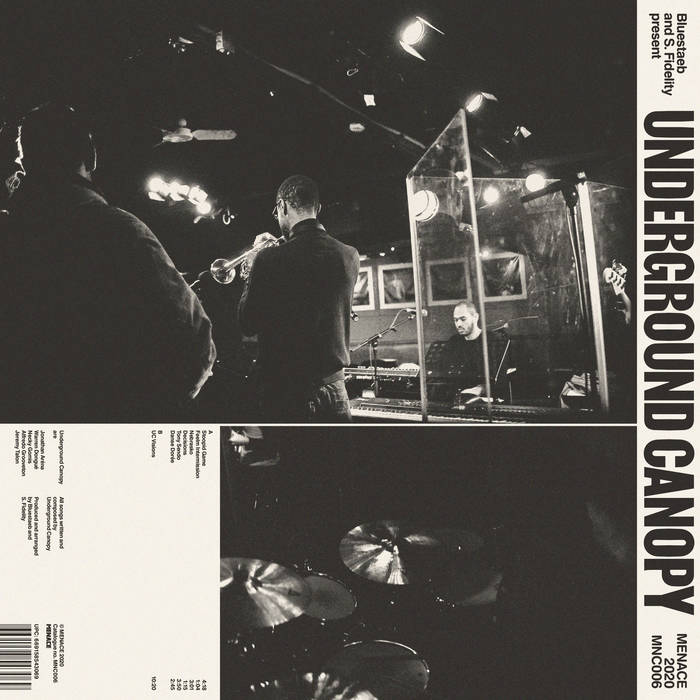 Through MENACE label founder Midori (Menace) the band met Bluestaeb, who moved from his hometown Berlin to Paris in 2015, and his long time collaborator S. Fidelity, who is still based in the German capital. Both featured UC pianist Jonathan Aréna on their previous records and collaborated with guitarist Jeremy Talon. The two producers, who are signed to German tastemaker label Jakarta Records, recognized the raw creative potential of Underground Canopy and shaped their demos into six fully arranged and fully grown songs. Additionally, Bluestaeb and S. Fidelity recorded a ten-minute jam of the band, which they left uncut showcasing the skill and ingenuity of each member.

“Bluestaeb & S. Fidelity present Underground Canopy” will be released on 12” vinyl and on all digital platforms on January 31st 2020 via MENACE.

MENACE is a Paris & Tokyo based label and creative collective.

Bandcamp Daily  your guide to the world of Bandcamp